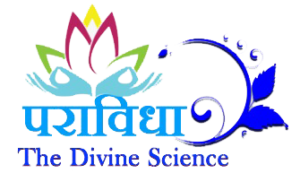 A little girl named Shanti Devi in the early 1930s claimed to remember her past life. When she was four years old she told her parents that her real home is in Mathura where her husband lived. Her parents discouraged her for this behaviour. She ran away from home at the age of six. Back home, she stated in school that she was married to a merchant Kedar Nath and died ten days after giving birth to a child. The headmaster located him and even the merchant said that nine years ago he had lost her wife Lugdi Devi who died giving birth to their son. When Kedar Nath travelled to Delhi pretending to be his own brother, Shanti Devi immediately recognized him as her past life’s husband. As Shanti Devi knew several details about Kedar Nath’s life with his wife, he was soon convinced that Shanti Devi was indeed Lugdi Devi in her past life. Isn’t it an amazing and interesting real life incident?

Most probably you all are familiar with the word ‛rebirth’? Well if you try to google it then it will give you a definition stating that it is the process of being born again. But here I would like to add something more to it. Rebirth is the process of being born again based on ones past life’s deed(good or bad). You are not allowed to choose your parents. It is based on the concept of ‛You reap what you sow.’

Although rebirth is a religious belief but Jim B. Tucker (a child psychiatrist and Bonner-Lowry Professor of Psychiatry and Neurobehavioral Sciences at the University of Virginia School of Medicine) may be one of the only person in the world studying such phenomena’s. He researched and in his book “Return to Life”, he tells within quantum mechanics, the mind-bending science of how nature’s smallest particles behave, provide clues to past life’s existence. Quantum physics indicates that our physical world may grow out of our consciousness,” Tucker says. “That’s a view held not just by me, but by a number of physicists as well.”For nearly 15 years or more Tucker has been investigating claims made by children usually between the ages of two and six years old who say they have had past lives.

By the way have you all ever thought that how much time does it take for rebirth? It takes 49 days to take rebirth. You may be reborn to anyone, be it a poor parent, rich parent or even to animals, insects etc. Never get a misconception that you are born again only to humans, you may be born again to some other species also. Well when I say this then a question strikes my mind. Suppose one does a bad deed and is born to some other species, so is there a chance that he/she be born again as a human? I think that there may be a chance. Hope we get an answer soon.

Buddhism describes the process between death and rebirth in their three bardos (state of existence between death and rebirth). The first one is the moment of death itself. The consciousness of the deceased becomes aware of and accepts the fact that it has recently died. In the second bardo it gets frightening apparitions. In this the consciousness becomes confused and depending upon its karma may be drawn into rebirth that impedes its liberation. Finally the third bardo is the transition into a new body.

Rebirth is the law of nature. Like one changes clothes in the same way every soul changes body after death. Whoever has taken birth has to die one day. Let me be clear here that your physical body dies, not the soul. Soul is immortal. The evil doers are trapped in this endless cycle.

Does rebirth only depends on your past deeds? I would completely deny from it. It also depends on ones incomplete task, strong wish from the past life. Christianity, Islam does not believe in rebirth or reincarnation. All religions which arose in India like Hinduism, Buddhism, Jainism believes it. Past life deeds decides your present life and present life deeds decides your future life.

Rebirth and reincarnation are two different things. Rebirth is the continuation of ones life based on the past deeds while reincarnation is the voluntary choice to return and improve, choose their parents. Gods may reincarnate.

To conclude with this topic I would like you all to show the difference between a normal person and a great saint. A great saint is free from the cycle of birth, death and rebirth while a normal person gets trapped in this endless cycle.

4 thoughts on “Rebirth- “Part of an endless cycle.””